Going through old pictures makes me see how much of an improvement I’m making all the time. A lot of the time the actual picture I took is technically accurate; good composition, the right focus point and beautiful depth of field, but what used to let me down was my editing skills.

I’m not going to brag about the skills I have, because when it comes to editing, they are still very limited, but they are leaps and bounds better than what they used to be, and this has come about through constant practice (and better editing software!)

I started off using the software that came with the laptop on the preview feature, and this would have very very limited settings, something along the lines of exposure, contrast, saturation, and crop, but somehow I still managed to make them look as bad as they do.

For example, the pictures below I took in 2011. They were for a modelling portfolio, and as you can see, they are nice images, but the editing job I did to them is horrific! 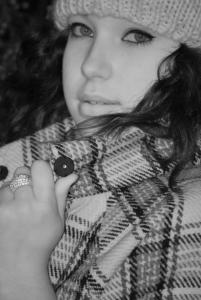 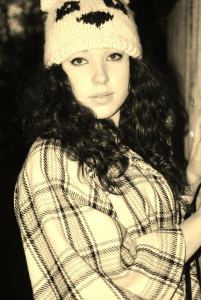 Although they aren’t great, they are still some of my favourite pictures, and they are now quite sentimental. Taken on my first DSLR, they were my first serious set of pictures that I took with a purpose that I was seriously proud off, and I still am proud of them. I don’t want these pictures to be only associated with bad editing.

Because of this, I decided to take some time and try to fix some of the bad editing (unfortunately I cant just re-edit them from the original because a corrupt hard drive meant that 8,000 pictures got lost!)

I started off with trying to do something crazy with them, and a quick mess about ended up in this stolen idea, rushed job picture: 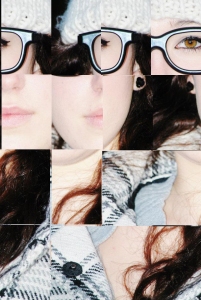 Although not the worst thing I have ever created, It’s really unimaginative and not even well done, so I decided to go back to basics and try to colour correct.

I have never tried to colour correct an image before, and on my first go, this is what I ended up with:

Although not completely ‘fixed’, the harsh yellow tone that dominates the first edit, is toned down by changing the temperature and hue of the image, and although it now looks more purple, it is much more aesthetically pleasing to the eye, more gentle and calming.

I found this an interesting exercise to do, it made me see how much I have improved, and then allowed me to improve my own work to make it better, allowing me to show in direct comparison how much of a difference practising can gradually make.

I’ll have a go at some of the other pictures from this album and see what other corrections I can make, doing more justice to my work.